WHEN SOIL IS TIRED…

Unfortunately, the desire to get the maximum yield does not always coincide with the ability to preserve and improve soil fertility. Nowadays, when crop instability is observed, agrarians often complain about the lack of moisture in the soil due to the lack of rainfall, but often the harvest failure is caused not only by drought but also by soil fatigue.

According to the terminology dictionary, soil fatigue is the process of accumulation of toxic substances, pathogens in the soil, imbalance of properties, which causes a significant decrease in the productivity of crops with constant cultivation or frequent return to the same field. That is, the systematic cultivation of plants with the same biological requirements, the same chemical and biochemical composition, the development of specific diseases and pests is a threat to the soil, which is also a living organism (Fig. 1).

Fig. 1 - Change of soil toxicity in sunflower crops depending on the sunflower share in the rotation of crops (data by Litvinov D.V. [1])

Observations of domestic and foreign scientists show that the intensification of agricultural production (application of only mineral fertilizers, use of chemical plant protection products) does not eliminate, and even accelerates the manifestation of soil fatigue. It should also be noted that this phenomenon is exacerbated in drought conditions.

The soil is checked for soil fatigue:

2) based on the analysis of the physical, chemical and agrochemical properties of soil;

3) based on the composition in terms of water and air exametabolites in soil and plants;

Different types of soils, which differ in granulometric composition, pH, humus content, are characterized by different soil resistance and are able to affect plants with different amounts of toxic products. Thus, soils with a higher sorption capacity, such as black soil, are more resistant to soil fatigue than sod-podzolic ones, but also accumulate more toxic products, i.e. its onset will be slower, but elimination will take longer. It is also proven that varieties and hybrids have different ability not only to cause soil fatigue, but also to respond differently to it.

Therefore, significant inhibition of soil biological activity is one of the main causes of soil fatigue. One of the agro-measures that can efficiently solve the soil problem is the use of biodestructors.

Expertise of BTU-Center biotechnologists enabled to encapsulate in their destructor product microorganisms of different target groups with a wide range of action, producing in the course of their life cycle vitamins, amino acids, phytohormones, which the crops require for full growth and yield development. In addition, a natural protector, which provides the resistance of microorganisms to the sun's ultraviolet, is introduced in the biological products. Thus, for efficient action Ecostern should be embedded in the soil within 1-3 days after application, whereas Organic-Balance can possibly not be embedded at all. Therefore, the Ecostern is focused mainly on intensive tillage technologies, and Organic Balance complex of agronomically valuable microorganisms provides neutralization of pathogens and phytotoxins focused on the post-harvest residues and will be highly effective in no-till, strip-till, till-till technologies, where organic matter like mulch, remains on the field surface (Table 1).

The destructor application solves the problem not only of after-harvest residues biomass decomposition, providing quality cultivation and sowing of the next crop, but also replenishes the soil with strains of agronomically useful microflora representatives, shifting its balance to the positive side. 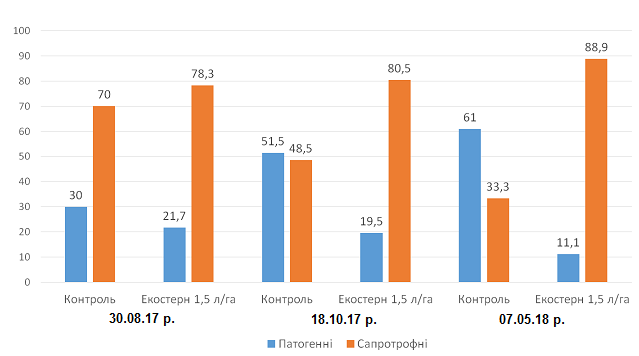 Fig. 3 - Effect of Ecostern on the microorganisms ratio in the soil,% (according to the laboratory tests results)

Another confirmation that can support the use of destructors is that all types of secretions (both from living plants and after their dying, water-soluble and volatile) are subject to one regular pattern - they are the most active in leaves and stems and the least active in the roots, i.e. root phytoncides (including toxic ones) are usually ten times weaker than aboveground mass phytoncides. Therefore, the soil fatigue should be prevented, by affecting the post-harvest residues of the vegetative mass - stubble or leaf-stem mass. Its embedding into the soil for decomposition without adding destructors, or at least nitrogen fertilizers, is ineffective.

Quite often, manufacturers consider the crop yield to be the main indicator of the product or fertilizer efficiency, even in the first year of their use, forgetting that each of them has not only a direct effect, but also an aftereffect. Relevant field studies with BTU-Center products were conducted in all soil and climatic zones. However, for an illustrative example, we present the results from the steppe zone characterized by critical conditions for moisture supply (Table 2):

Table 2 - Efficiency of using BTU-Center biodestructors (according to the Institute of Irrigated Agriculture, NAAS)


Thus, the use of stubble biodegraders enables to:

- prevent agronomic and environmental problems arising from the application of only 2-3 economically attractive crop rotations instead of a scientifically sound rotation of crops with a violation of the compatibility principle or their monoculture;

- improve the soil nutrient status and its physical and chemical properties;

- control the spread of harmful microorganisms and pathogenic microflora, preventing the disturbance of the natural equilibrium of microorganisms;

Thus, using the biological destructors increase the soil biological activity, ensure its healing, remove the soil fatigue and enable it to work effectively, bearing in mind the words of the Native American song “We did not inherit the land from our ancestors, we borrowed it from our children”. 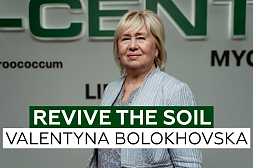 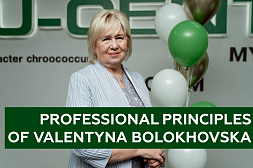