Soy tubercule. RIZOLINE - the new answer to the old question 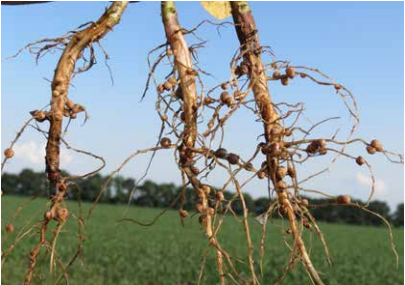 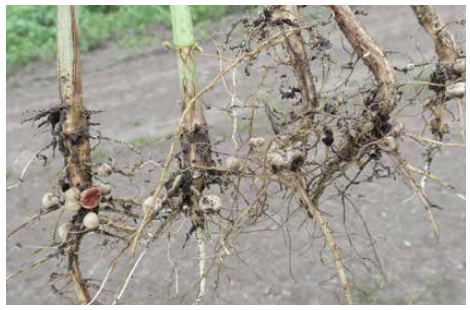 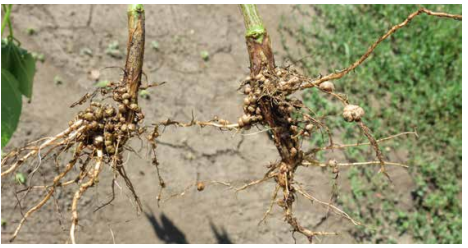 It is believed that soy is quite simple and unpretentious in terms of cultivating culture. But, as practice shows, not everything is so simple. Particularly, if the goal is to obtain a grain yield of 4-5 t/ha with high protein content.

Soy as a culture requires a particularly careful approach and care. Its productivity strongly depends on the quality of implementation of a number of technological moments. One of them in the soy cultivation is the inoculation of seeds by effective strains of symbiotic bacteria of the genus Bradyrhizobium japoniсum.

Today, in the segment of inoculants in the Ukrainian market, a large number of trade names for inoculations of soybean seeds are presented, including 10 domestic and 23 foreign ones.

According to the main criteria (the type of microorganisms, their titer) domestic inoculants are almost the same as foreign ones.

The main difference is the presence of a tread that suppresses tuberculosis microorganisms from harmful factors and provides an opportunity for pre-treatment by the inoculants, even up to 45 days before sowing, which greatly increases the machinability of treatment itself and simplifies the seeding process.

BTU-Center, a company present on the market of inoculants in Ukraine for 6 years, constantly monitors the quality of its own products and develops new preparations.

Last year, the company's agronomists conducted field trials of the new inoculant under RIZOLINE brand. The peculiarity of this preparation is that it consists of four strains Bradyrhizobium japoniсum, which are adapted to different soil-climatic conditions, which provides effective nitrogen fixation in all climatic zones of our country.

The innovative solution for domestic inoculant, which is included in the RIZOLINE preparation, is the use of the RIZOSAVE protector, which is the own development of the company's scientists.

Studies have shown that their joint use in the ratio of 1: 1 allows the processing of soybean seeds in 5-7 days prior to sowing with the simultaneous use of chemical agents, without reducing the effectiveness of tubercule formation and symbiotic nitrogen fixation.

In the Ukrainian market, for the first time, a domestic inoculant with the possibility of timely seed treatment and high nitrogen fixation efficiency appeared!

We bring to your attention the results of field trials of RIZOLINE novelty in 2016.

Experiments were carried out by BTU-Center specialists in different soil-climatic zones of the country using different methods of inoculant application.

2 l/ton and fungicidal dresser Maxim XL 1 l/ton. For the console, several fields were sown without the use of inoculant.

The sowing was carried out in optimal period on May 2, 2016. The seedlings are uniform. The first tubers appeared in the phase of the first triple leaf, and even with the presence of three triple leafs of the plant, there were active tubers in the size of more than 3 mm by 7-12 pieces per plant.

During the survey on June 23, 2016, it was determined that at the beginning of the flowering phase the symbiotic apparatus was well developed, the tubers had a pink color, and their amount and size were sufficient to meet the high needs of culture in nitrogen.

As a result, on the experimental fields where the combination of RIZOLINE + RIZOSAVE preparations was used, average crops were harvested at 32.0-32.4 hwt/ha, while in the fields without these preparations the crop yield was 28.7 -29.0 hwt/ha.

Treatment of soybean seeds for 7-10 days before sowing

The tank mixture consisted of RIZOLINE 2 l/ton + RIZOSAVE 2 l/t and fungicidal dresser Fever 0.4 l/ton. The sowing was carried out on May 3, 2016. Fields with an inoculant of other pre-form applied simultaneously with sowing were used as control ones.

As a result of heavy rains, soy crops received a significant pesticide load due to soil-based herbicide washing. Even in such difficult weather conditions, on crops where a two-component inoculum was used, at the start of the flowering budding phase (July 7, 2016), soybean plants had a limited number of active tubers, 6-10 units/plant with diameter over 3 mm.

As a result, on fields with seeds treated with the combination RIZOLINE + RIZOSAVE, the yield was higher than the control by 2.8-3.3 t/ha.

Inoculation in a row directly during sowing

Farming Company (Cherkasy oblast, Zolotonosha district). In this farming company, a new method of using the inoculum was tested, namely, placing it in a row directly at the sowing. On the test field, inoculant RIZOLINE was introduced in a tare mixture at a rate of 0.35 l/ha, at the same time as RHD and GROUNDFIX bio-preparation with rate of 4 l/ha. The sowing was carried out on April 28, 2016.

This method of using an inoculant was also quite effective. Already in the phase of primordial leaves on the plant roots there were tubers, which were in diameter less than 1 mm and had a bright pink color, indicating their active "work" and fixation of nitrogen. At that time, it did not happen on crops where other inoculation methods were used.

During the survey on August 5, 2016, it was noted that the symbiotic device consists of 10-14 tubers each with a diameter of more than 3 mm. Moreover, even in conditions of insufficient moisture, this apparatus functions well, as indicated by the bright pink coloured tubers.

The yield with RIZOLINE inoculant, according to the application method, amounted to 32.3 hwt per hectare, while in the area where GROUNDFIX was additionally applied the yield was 36.4 hwt/ha.

Thus, the research revealed that the conceptually new inoculant RIZOLINE in combination

DRIVER OF YOUR HARVEST

• Improvement of the fertilizer absorption coefficient

• Rehabilitation and improvement of the soil structure 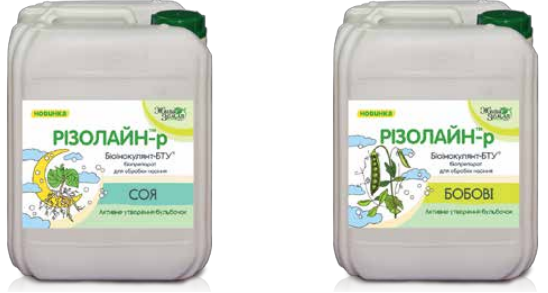