Mycorrhization – how does it work for plants?

The word mycorrhiza gives an answer to the question of what it is. "Myco-" comes from the Latin word "fungus" and “-rhiza” from the Greek "root". The formation of such "fungyroot" has a positive effect on both the plant and the fungus.

Actually, the fruit body of fungi or sporocarp is very similar to the fruit of plants, as both are organs of reproduction. But the fruit of plants contains seed, and the fruit bodies of fungi contain spores. Unlike plants, the underground part of fungi forms a branched system of hyphae, which is called mycelium. The size of hyphae is very small: from 1.5 to 10 micrometers and can not be seen without a microscope.

So let’s figure it out what is mycorrhiza, how does it works, its types, benefits and how does it helps farmer to get the healthy and strong crops/harvest.

How is mycorrhiza formed?

More than 450 million years ago, some plant roots and fungi mycelium began a mutualistic relationship with each other, which with time we called mycorrhization. Mutualism is a type of symbiosis in which both organisms benefit from such a relationship. In this symbiotic relation plants supply fungi with sugars formed in the process of photosynthesis, while fungi share with plants water and mineral compounds in the soil, which mycelium collects far beyond the root system and in the spaces between the roots. When growing, the mycelium is able to increase the volume of the total absorbing surface of the root thousands of times.

What does this mean for the plant? If imagine we planted a plant in soil that doesn't have mycorrhiza. In order to get access to water and mineral nutrients, the plant grows a larger and larger root system, wasting a significant portion of its energy. At the same time, the plant releases a large amount of sugars into the environment, which feeds the soil microbiota, and also serves as a beacon for the microbiota to know in what direction it should move.

Nevertheless, if there are spores of mycorrhizal fungi in soil, they react to these sugars and begin to germinate in the direction of the roots. When hypha of the fungus meet the root, it penetrates into the plant tissue and thus forms mycorrhiza, which combines the root and fungal systems.

Now mycorrhiza begins to actively grow, using the sugars that the plant gives it. It penetrates far beyond the absorption zone of the plant's roots. There it collects water and mineral compounds, and supplies them to the plant. This is especially important during extreme conditions like drought, stress, salinity, heat, etc.

Types of mycorrhiza and where does it leave

Mycorrhiza can be formed on all crops (including cereals, legumes, vegetables, fruits and conifers), except cabbage and amaranth. So more than 90% of plant species can benefit from mycorrhiza during the growing season. During growth, the mycorrhiza mycelium is able to increase the volume of the total absorbing surface of the root system by thousands of times.

There are three main types of mycorrhiza:

In particular, fungi of the genus Glomus is one of the universal mycorrhizal, which forms arbuscular mycorrhiza (type of endomycorrhiza). This mycorrhiza is the most useful and effective for the plant in agricultural use. Arbuscules are growths of the fungus inside the root of the plant, which increase contact with the soil, provide it with mineral nutrition, moisture, and maintain the biological fertility of the soil. Instead, plants supply mycorrhizal fungi with carbohydrates and lipids.

Benefits for the plants

Foreign researchers have established that mycorrhizal inoculation is relevant in conditions of lack of soil moisture. Due to branching of fungal hyphae, it is possible for the root system of the plant with mycorrhiza to cover a larger volume of soil, thereby increasing not only the amount, but also the rate of moisture absorption. Studies conducted using special plant microscopy have shown that the diameter of the hyphae of mycorrhizal fungi is 2-20 microns, while the thinnest roots of plants have a diameter of 100-200 microns, and the length of the hyphae can be 50-100 times greater than the roots.

In addition to the ability to prevent moisture stress, mycorrhization is relevant for optimizing the supply of plants with available phosphorus, the concentration of which is low in most soils. Due to branching of mycorrhizal hyphae, phosphorus becomes available at much greater distance – up to 12 cm. According to the similar principle, the possibility of absorption of trace element compounds by plants – copper, zinc, sulfur, magnesium, iron, etc. is growing.

Plants that have formed mycorrhizae are better able to tolerate short-term stressors, such as pesticides, droughts, frosts, and restore vegetation faster after the cessation of the negative factor. Mycorrhiza also makes plants more resistant to the toxic effects of heavy metals in the soil, works well on saline soils.

As a result that in almost 80% of experiments mycorrhiza formation improved the growth and development of plants, thereby increasing their productivity.

Thus, it is possible to see the following main functions of mycorrhiza for agricultural plants:

How plants with mycorrhiza react on the stress factors?

What we have now on the fields?

Mycorrhiza was once widespread around the world, because everywhere plants have found a symbiont for coexistence. However, excessive contamination of soils with toxic chemicals, disrupted and narrowed crop rotations, the use of heavy machinery, stagnation of fields under clean steam has led to the disappearance of mycorrhizal fungi, giving way to parasitic or at best saprophytic species.

The benefits of mycorrhiza are supported by research. According to the VII International Conference on Mycorrhiza (2013, New Delhi) for the use of mycorrhiza in different soil and climatic zones, farmers can get such yield increase:

Today, microbiologists around the world are working with agronomists to create effective mycorrhizal compositions for cultivated plants that will restore the symbiotic relationship between plants and fungi. 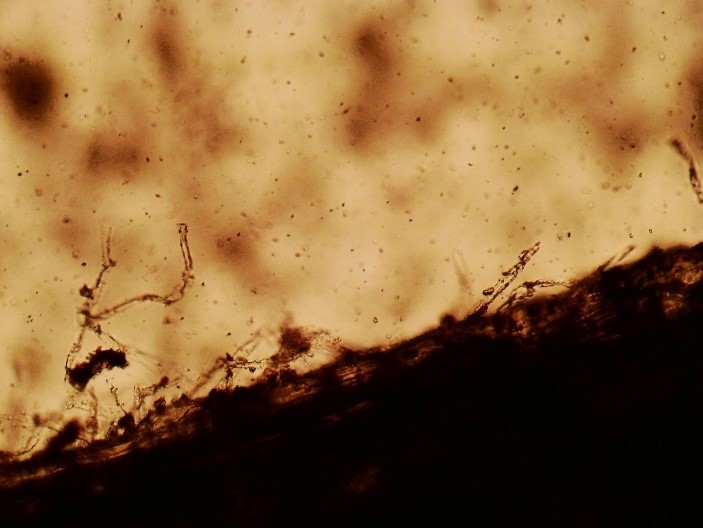 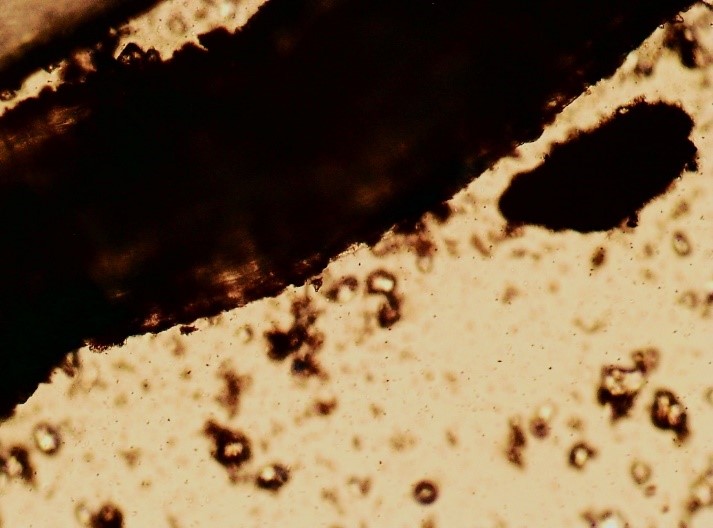 Picture #3. Formation of mycorrhiza after using mycorrhizal preparation Mycofriend. View under a microscope 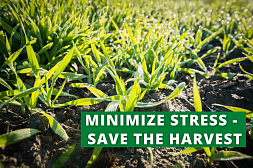 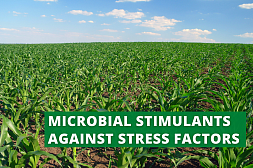